For the last four months, almost all of Gareth Williams’ meals came from just a crockpot and toaster oven.

Since early December, he had been living out of his workplace’s conference room after being forced out of his Ojai home the night the Thomas Fire ignited.

The following day, Williams received a call at 7 a.m. and learned that his house had burned to the ground. Without a chance to salvage any possessions he owned, Williams was left with nothing but his two dogs that had been rescued by a neighbor.

“When you’re faced with instances that flip your entire world upside down, sometimes you have to look for ways to turn lemons into lemonade,” Williams said. “Even though I had lost everything, I had to stop and realize that I was far better off than most people. I had a place to go.”

Although he was grateful for his temporary housing solution, Williams grew tired of being confined to the conference room. Williams began looking for financial assistance opportunities and came across the United Way Thomas Fire and Flood Fund while scrolling through social media. United Way of Ventura County helped restore some of Williams’ hope by granting him two months of rental assistance.

“I was delighted when United Way was willing to help out with rental assistance,” he said. “The donation made to me is invaluable, and United Way has been able to provide cash at a time when survivors like me really need it.”

On the weekend of April 21, Williams was finally able to move out of the small conference room and into a rental home in Ojai that stood just 50 feet from his previous one. Though the view of his destroyed home is a constant reminder of the challenges he’s faced, Williams has been able to move forward one day at a time.

In fact, these difficult months have propelled Williams to help others impacted by the fire. He operates Fly-Hope-Dream, a nonprofit based in Santa Paula that provides free airplane rides to families grieving the death of a child, and families with children experiencing life-threatening medical conditions. More recently, he’s begun flying Thomas Fire victims.

The death of Williams’ 11-year-old son Timmy from a terminal heart and lung disease inspired the birth of the flying venture. Williams’ personal experience with bereavement and the Thomas Fire makes him the perfect flying companion to help families soar.

“Flying more than 1,000 feet in the air provides freedom from any other distractions,” he said. “In that half an hour, the world stands still. As we fly and leave the ground, whatever we leave gets smaller and smaller, much like the grieving process.” 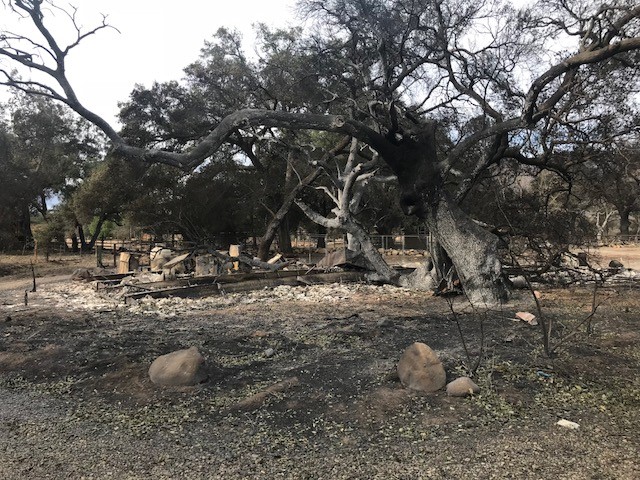 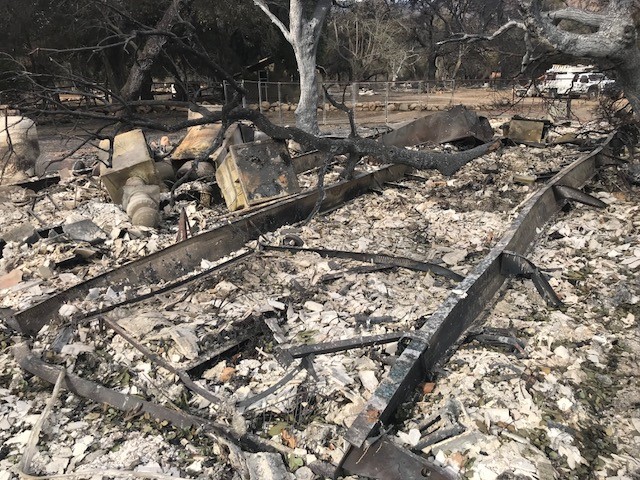 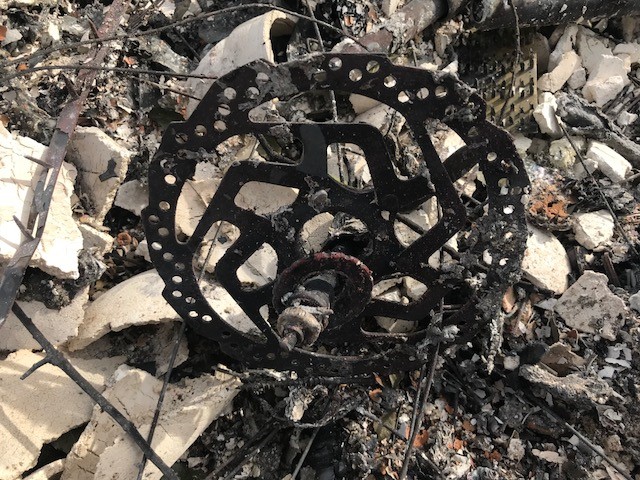 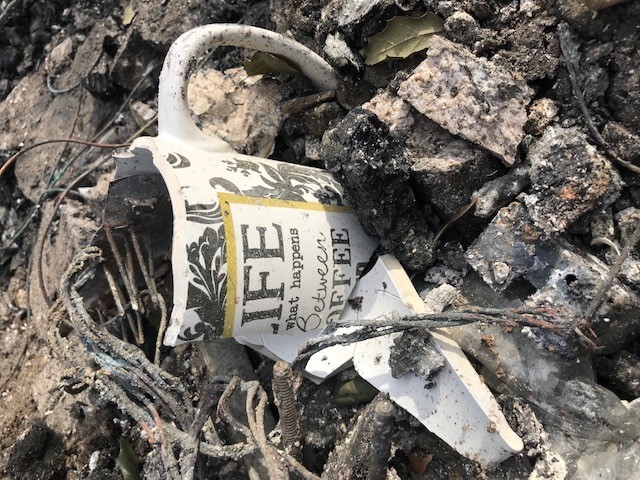 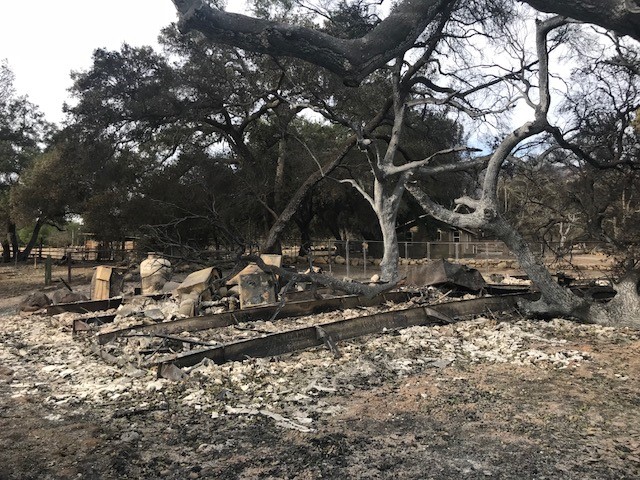 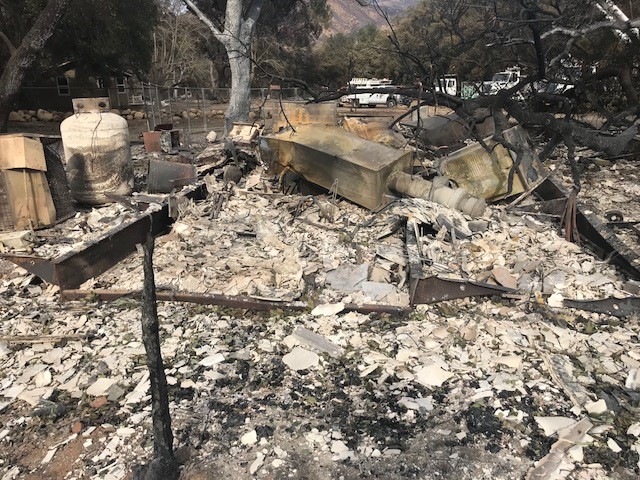 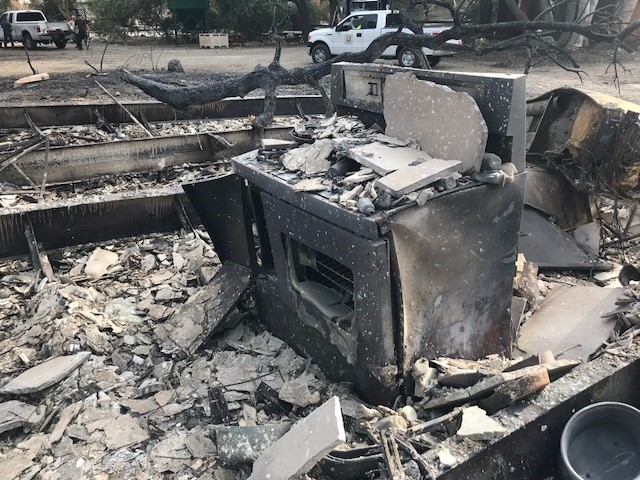 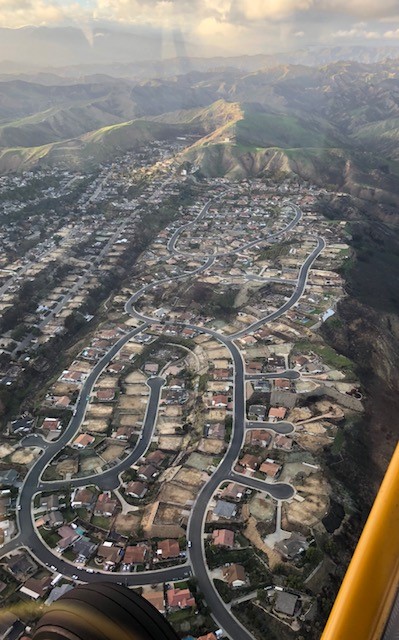 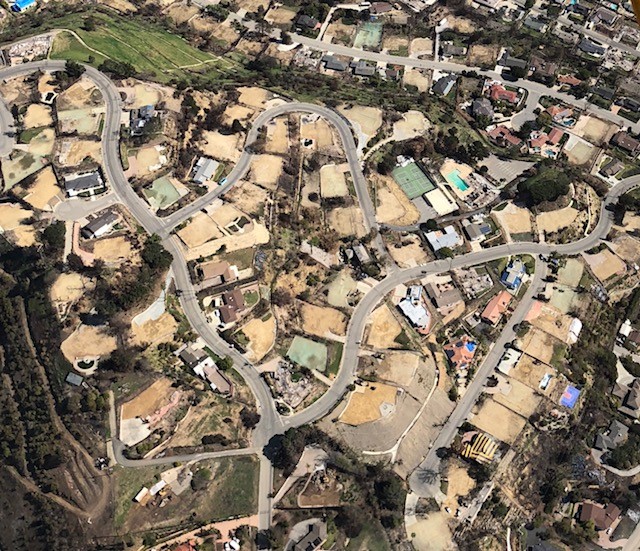 Startled by loud bang at the front door of her Ojai home, Billie Rainbird found a neighbor outside, there to warn her of the fast approaching Thomas Fire.

“It felt like someone hit me in the stomach, and I just bolted into action,” said Rainbird, a local singer and songwriter.

She raced around her house and home recording studio, gathering her things and piling bags into the back of the car. She grabbed photo albums, diaries, and most importantly, her beloved 19-month-old puppy, Bear.

Unable to return until mid-December, Rainbird found her home completely burned to the ground. But through United Way of Ventura County, Rainbird received two months of rent from the Thomas Fire and Flood Fund to help her through the tumultuous time.

Following the evacuation on Dec. 4, Rainbird first drove to a local hotel that allowed pets, only to be warned she would have to travel further to escape the fire. After stopping by another hotel in Ventura and finding it without power, Billie headed further south and stayed with friends in Sherman Oaks and Woodland Hills. When she was finally able to return to Ojai, she tragically found her home “incinerated.”

“There was nothing left but a foot of ash where the house stood, and the car was a melted carcass,” she said.

Fortunately, Rainbird’s neighbors across the road had an undamaged rental unit where they let her stay along with Bear.

“I was very fortunate because the yard is large and fenced,” Rainbird said. “To find a place that would accept a dog, let alone a large one, was next to impossible. It’s difficult to stay across the road where your life was turned into ashes but I have no complaints because there are a lot of people that were unfortunately worse off.”

She added, “I cannot stress enough how important it is for people to give to organizations like United Way because you never know when tragedy is going to fall on you.”